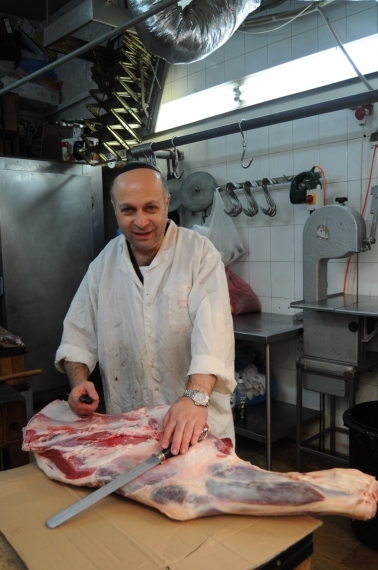 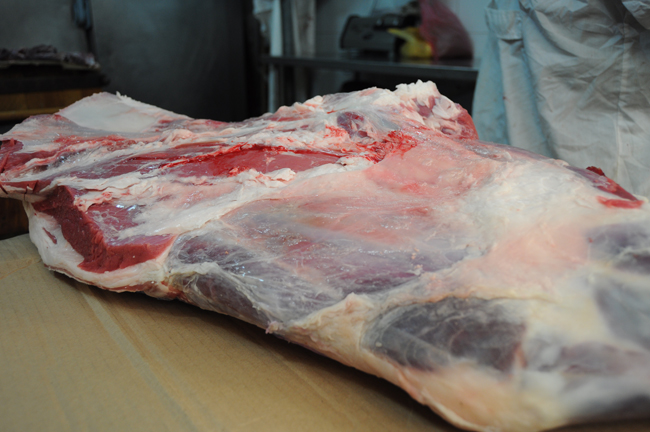 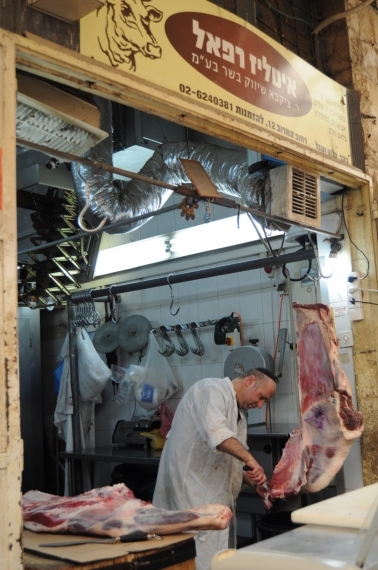 About:
Rafael Tziqvashivilli set up his butcher shop in the shuk in 1974. The shop (whose hashgacha from the Jerusalem Rabbinate is kosher lemehadrin) has always specialized in fresh meats: beef, veal and lamb. Butchering runs in the Tziqvashivilli family; Rafael’s father, a native of Georgia, passed down his craft. Moshe, Rafael’s son, is the current owner and operator of the butcher shop.

Some clients of the family’s butchering operation are third or fourth generation customers (starting from before the family’s aliyah). When Rafael was first starting out in Israel, he bought a local butcher shop in another of Jerusalem’s neighborhoods. He eventually moved to Machne Yehuda market because it was so central and—at the time—cheaper.

Moshe Tziqvashivilli is considered an international expert in the art of butchering. Today the store provides its meat to some of Jerusalem’s finest hotels and restaurants, including Lara, Joy and Gabriel.

Message for the people:
There are no short cuts to get to the fresh meat.